Thirteen Planets and Celestial Bodies and Their Programming Influence

As they move in their orbits in the solar system, the planets and celestial bodies program our genetic system. Passing streams of cosmic particles (neutrinos) through their magnetic fields, they seem to “colour” with their influence the energies of Hexagrams (Gates) that are activated in your Rave Chart. The position of each celestial body on the circular rave mandala at the time of your birth and for 88-90 days leaves its own unique imprint on your character, behavioural attitudes and on your life in general.

13 celestial bodies have a programming influence on the Design and Personality of each person - Sun, Earth, Moon, Mercury, Venus, Mars, Jupiter, Saturn, Uranus, Neptune, Pluto and Lunar nodes. Nodes are inherently not celestial bodies as such. The Lunar Nodes are the astronomical positions (points) of the daily intersection of the ecliptic of the Lunar and Earth orbits.

Two streams of particles play a key role in programming our psyche and body, the first of which comes directly from the Sun, and the second carries the information of solar neutrinos, "filtered" by the Earth's magnetic field (70% of all our energy). The rest of the celestial bodies, including the Lunar nodes, form additional, but no less important aspects of our psychological and subconscious portrait. 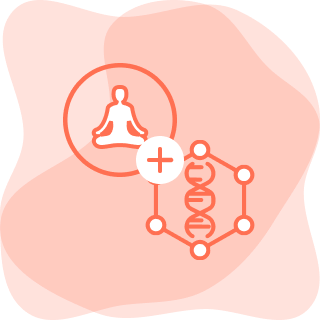